FREE SHIPPING on orders over $99

What It Means For You

We have seen the internet change quite a bit since we started selling our products online back in 2007, and it continues to evolve every day! In our experience, nobody enjoys paying tax. Although we can't ease your pain when it comes to paying tax, we can at least share some information intended to help you better understand current tax laws, and how it affects our customers all across the country.

What's the Difference Between Sales Tax & Use Tax?

Chances are you’ve paid tax on most purchases you’ve made, unless you’re one of the lucky ones who live in Oregon, Montana, Alaska, Delaware, or New Hampshire. And even these states might impose a small tax! Taxes are commonly paid on items like TV’s, appliances, school supplies, clothes, shoes, food, home goods, and the list goes on and on. Some businesses are even required to pay an indefinitely recurring annual Use Tax on items they already paid Sales Tax on in the first place! Ouch!!

Since we all pay these taxes, it’s important to understand the difference between Sales Tax and Use Tax.

Sales Tax is defined as a tax on the sale, transfer, or exchange of a taxable item or service. Sales tax is generally added to the sales price and is charged to the purchaser.

Use Tax is defined as a tax on purchases made outside one’s state of residence for taxable items or services on which no Sales Tax has been paid. Use Tax is a complementary or compensating tax to the sales tax and does not apply if the sales tax was charged.

Should Tax Be Charged For Online Purchases?

To answer this question, we need to go back to the year 1992 when the U.S. Supreme Court decided in Quill v. North Dakota that states cannot enforce out of state retailers who do not have “physical nexus” (a physical location in that state) but sell and ship product into that state by means of catalog, to collect and remit tax on behalf of the consumer. Rather, the tax liability would fall on the end consumer to file a “Use Tax” on their tax return at the end of the year, reporting and paying all taxable purchases that were not taxed on the original sale.

Of course, this was before internet shopping became popular like it is today. It wouldn’t take long for savvy online shoppers to realize that they could purchase from out of state online retailers and not be charged tax. Although it was still their responsibility to pay the Use Tax, most did not claim their purchases, which resulted in hundreds of billions of dollars in lost tax revenue to the state. With this kind of money being lost, and the rapid evolution of retail purchases being made online, it was only a matter of time before something changed.

That change came on June 21, 2018 when the U.S. Supreme Court ruled 5-4 in South Dakota v. Wayfair that individual states can mandate that businesses without “physical nexus”, but still have “economic nexus”, be required to collect and remit sales tax on behalf of the consumer. This ruling primarily affected the state of South Dakota, but set precedent for other states to follow. Because all states are independent and have different laws on sales tax, there are a number of different ways that states are choosing to enforce this ruling. Some require states that sell over $100,000 into the state or 200 orders, other states have a higher requirement, while some states don’t have a requirement at all. Basically, it’s still a work in progress. This decision has far reaching effects to both online retailers and shoppers alike.

Where We Collect Tax

These tax changes create extra work for online retailers. There are literally hundreds, if not thousands, of different tax jurisdictions across the United States. Far too many for any small business to keep up with! In fact, it’s quite common for one address to have a specific tax rate, but the house next door has a completely different tax rate! That’s why Starfire Direct incorporates the use of sophisticated automated tax software that provides live, up-to-date, tax calculations for every address in the United States.

If your order is shipping to an address in one of these following states, the tax calculation is exactly what you should pay right down to the penny. Once your order is placed, we collect this tax payment and forward it to your state for processing. Starfire Direct does not financially benefit from this in any way. 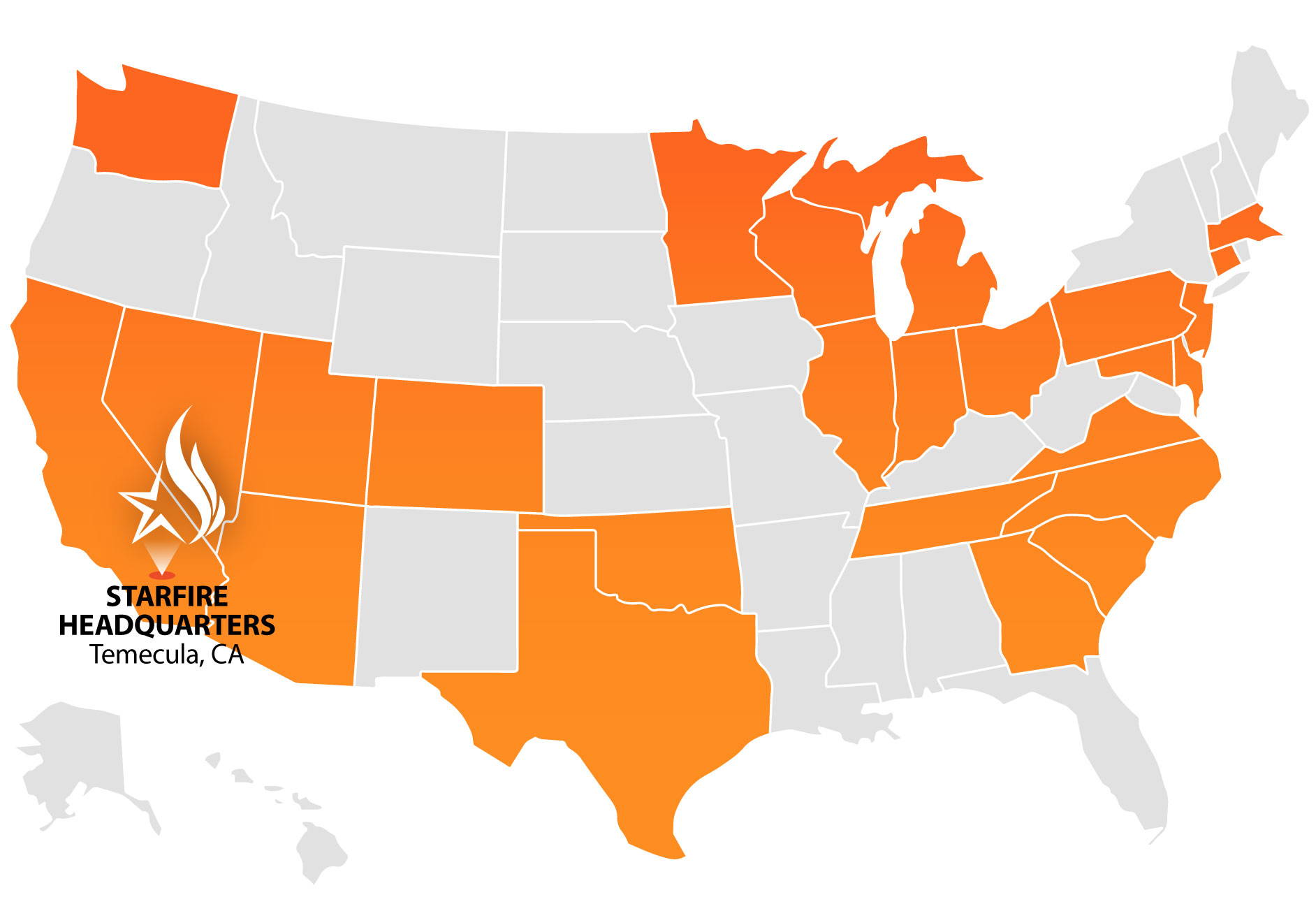 Where We DO NOT Collect Tax

If your state is not listed above, Starfire Direct DOES NOT currently collect and remit sales tax on your behalf.  Your order will exclude tax, although, you should still be aware that you may be liable to remit a Use Tax.

We hope this brief overview has helped you better understand current tax laws for online purchases.
If you still have questions, you can give us a call and we’ll try our best to answer what we can on this subject. However, it’s always a good idea to speak with your personal tax advisor to see what’s best for you in the state that you live in.
Contact Us
Legal Terms
The terms contained herein are subject to change as the taxation of online transactions is continually developing. Starfire Direct endeavors to comply with state and local tax laws as they exist currently and continues to monitor and update its taxation policies as those laws change.

Spark up a chat with an expert

Click the link above to fill out a simple form, and a trained staff member will reply back to you as soon as possible.

FIRE UP YOUR INBOX

Never miss the latest sales, seasonal tips and how-to guides in our weekly newsletter. We promise to never sell or share your email address with anyone.

Add to Wishlist
0
Product has been added to your wishlist
You can view your wishlist by creating account or logging-in an existing account.
Please create account/login through {{ customer_email }} email
Login Register
0